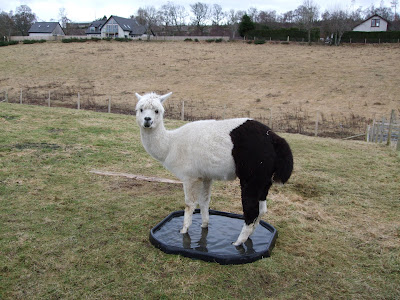 On Saturday it was a lovely day with sunshine so we put one of our water trays out in the paddock. These are builder's cement mixing trays, about 2 inches deep and aprox £15 each from B & Q. We usually store these for the winter but Fidget had been putting his hooves in the water buckets, so we thought it was time to get the trays out again for them to use.  The 4 older boys (Fidget, Fyta, Faro and Fergus) all enjoy using these trays to get their bellies wet but Gaucho and Gully are still wary of using them.  The boys also like to be splashed from the trays. This is Fyta about to show the other boys who are just out of camera range, how to use it to keep cool. 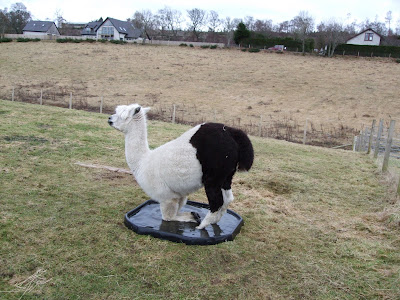 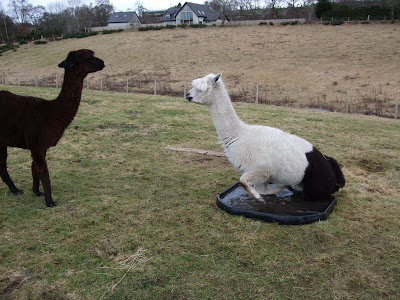 Pay attention Faro - next drop the bum and 'bits' into the water! 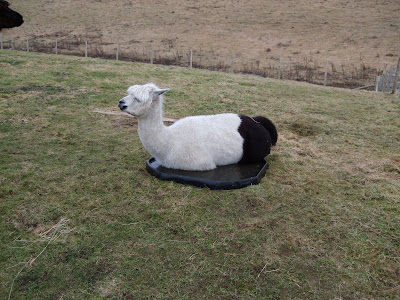 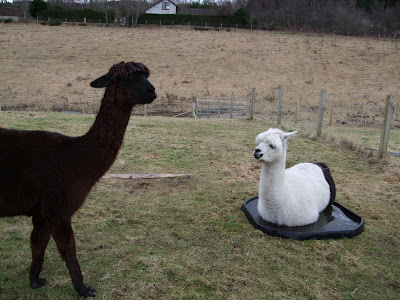