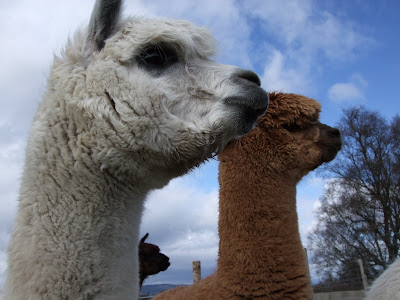 We were with the boys in the paddock yesterday when they spotted a movement in the adjoining paddock.  Fyta, Faro and Gaucho all look intently at what turned out to be a hen Pheasant.  For the past couple of weeks we have had a cock Pheasant and two of his hens spending time around the paddocks and local fields.  The boys can see them from quite a distance and they usually watch them closely.

This time the boys started to run towards the bird with Faro in the lead as usual.  If you magnify the picture you will see the Pheasant in the adjoining paddock near the far fence line.  The boys then ran round the fence, through the gate and followed Faro in hot pursuit!  The bird found no difficulty in escaping through the Rylock fence leaving six disappointed boys.

Here are the disgruntled boys returning from the fruitless chase, led by Fergus. 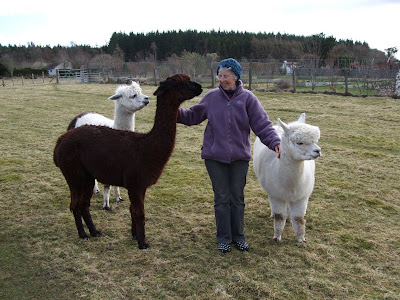 Fyta, Faro and Fergus then get commiserations from Mum!  The grass is still struggling to grow so we will move them next weekend to the other paddocks where the grass looks more promising.  In the meantime the boys are still looking for their daily (sometimes twice daily) haylage.
Posted by Shirley at Sunday, April 18, 2010