Yesterday was a lovely day and in fact by mid afternoon it had got really hot.  Robbie threatened to stampede the animals by putting on his shorts - apologies to all sensitive blog viewers - and give the boys an undercarriage spray.  They love this and I had earlier done the same thing with them.  Fyta is in the foreground with his back feet in the tray. 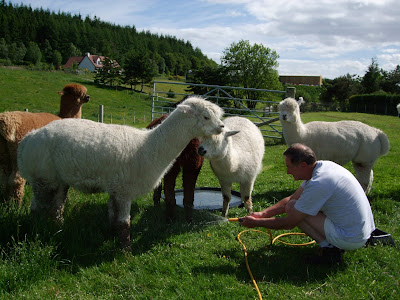 The boys stand around as they wait their turn to have the spray played on their lower legs and bellies. These are usually caked in mud and sand as they try to cool down.  Left to right are Gaucho, Fidget, Faro, Fyta and Fergus.  Gully still has not succumbed to the temptation of the cold shower, so usually stands watching from the background.   Gaucho has only recently started standing in the water trays but now enjoys being splashed. 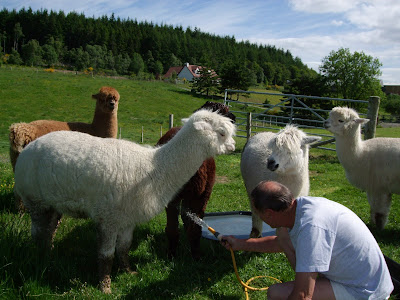 The boys move around so that they can get the water on different parts of their undersides.  We don't wet their main fleece, only underneath where the have little fleece and can feel cool. 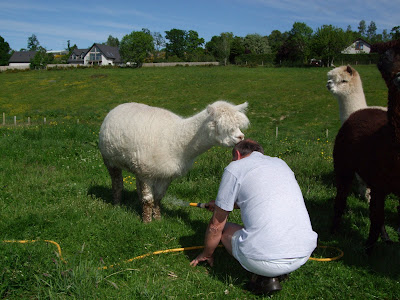